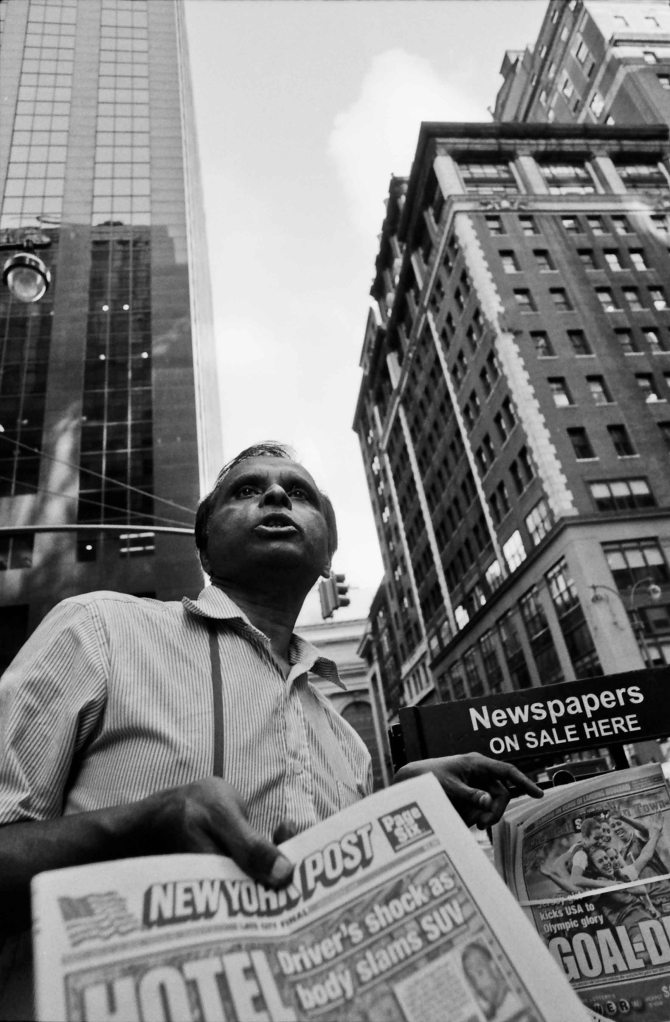 Naturally, in New York City, you want to shoot upward.  There’s a whole lot happening “up there”.  But the results?  Not always so good.

Why?  The man’s hands above are larger than they should be (proportional to his body).  This is perspective distortion and it can’t be helped (all lenses do it).  Another issue is that the lines of the building in the back make it look like it is going to fall over.  Mind you, no distortion is 100% bad, you can use it to your advantage… but most of the time pointing the camera up doesn’t work that well for me (unless carefully thought out).

Here’s an example that does work: 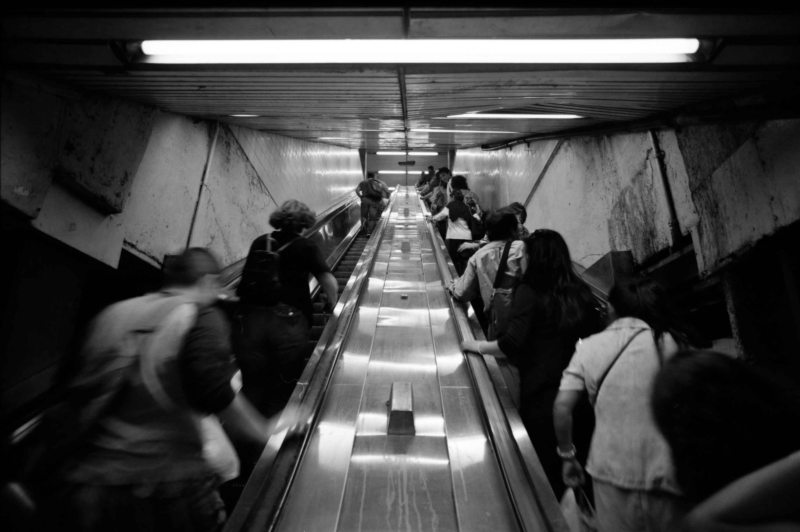 Things feel natural in the above photo.  The framelines of the image mesh well with the lines in the photo.  A contrary illustration being the first shot in this post (the building should be standing up straight… not diagonally).

To further the argument, let’s look at some photos in the subway.  I took the next shot with the camera pointed slightly upward: 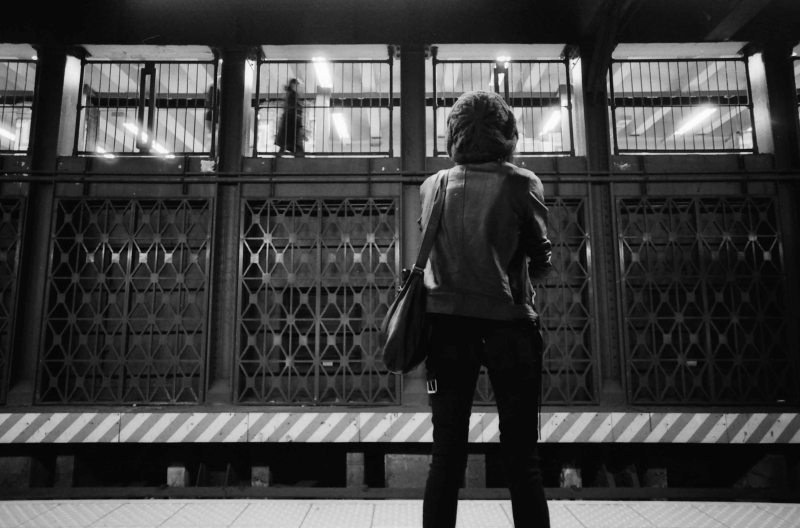 Compare that with this adjusted shot: 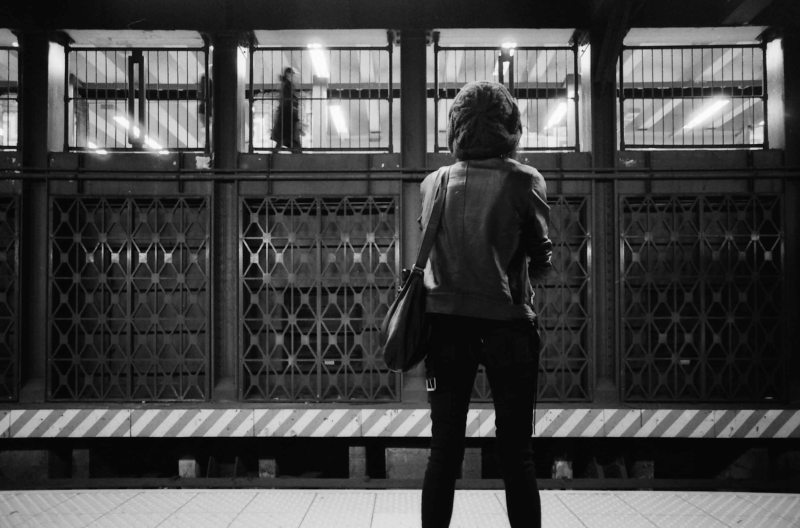 Notice the difference?  The second shot is the same as the first except with a horizontal transformation in post-processing.  The top of the photo was compressed, the bottom elongated.

Now look at the edges of the second photo – notice how the pillars in the subway match the lines of the frame of the photo.  Which feels better to you?  To my eye, the second (post-processed version) is better.

Now the frustrating thing is that you sometimes want to shoot upwards to get other elements.  In particular, I wanted to get someone walking along the top corridor in the above shot.  So I shot upwards.  Well… sometimes you have to.  But keep in mind what it is doing.

Talk to me! Cancel reply

We'll Always Have Paris. Why I am (Still) Not Going Digital.

Strolling Strollers in the Thoroughfares! The Way We Walk.