Sisqo had some good hits. Not sure why his nom de plume takes after the latter end of such a fine city. But everyone has their reasons.

I was shipped to San Fran on a work assignment. I took my trusty Mamiya Press in tow. Unfortunately, I left a key piece to the system at home, rendering my schlepping of it… entirely moot.

So I did what any discerning medium format shooter would do. I bought a disposable camera. 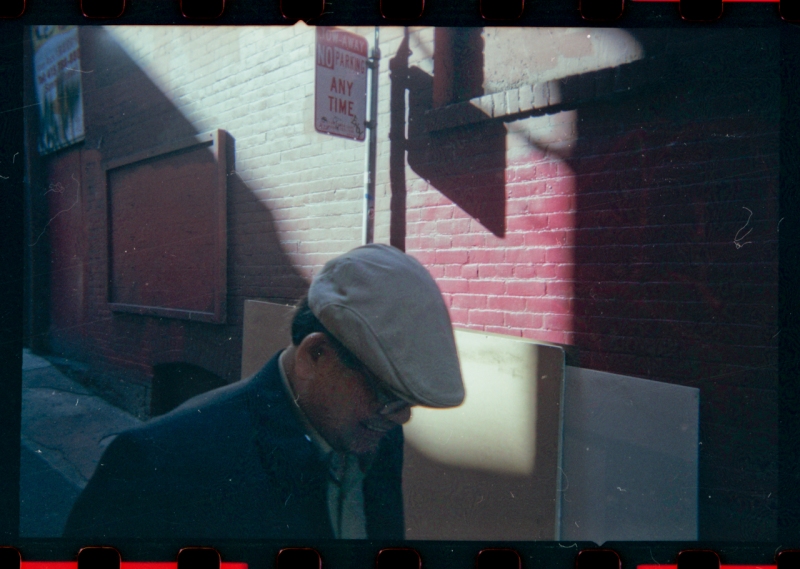 Ahhh back on the east coast… 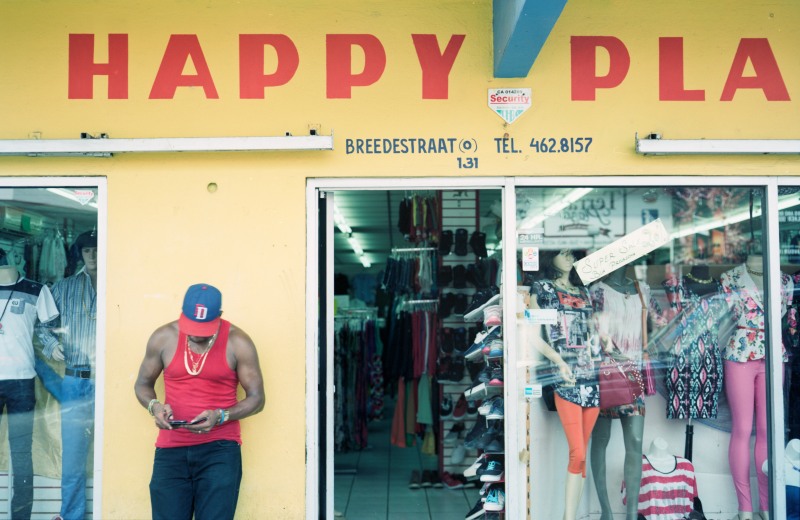 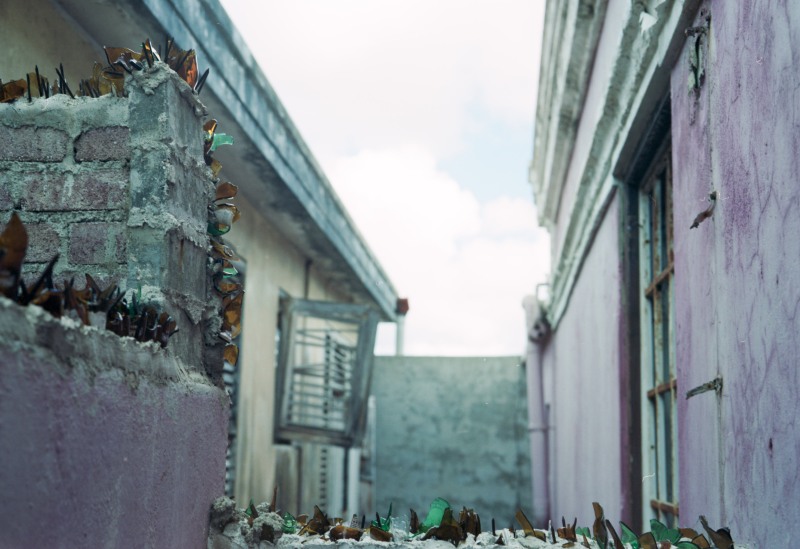 Some street work. Loving the 150mm Fujinon for my GL690. Caught at the tail end of summer. 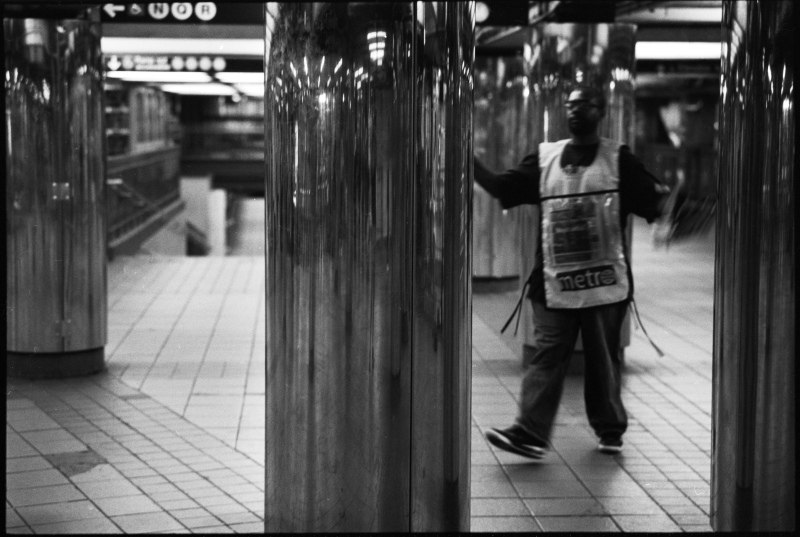 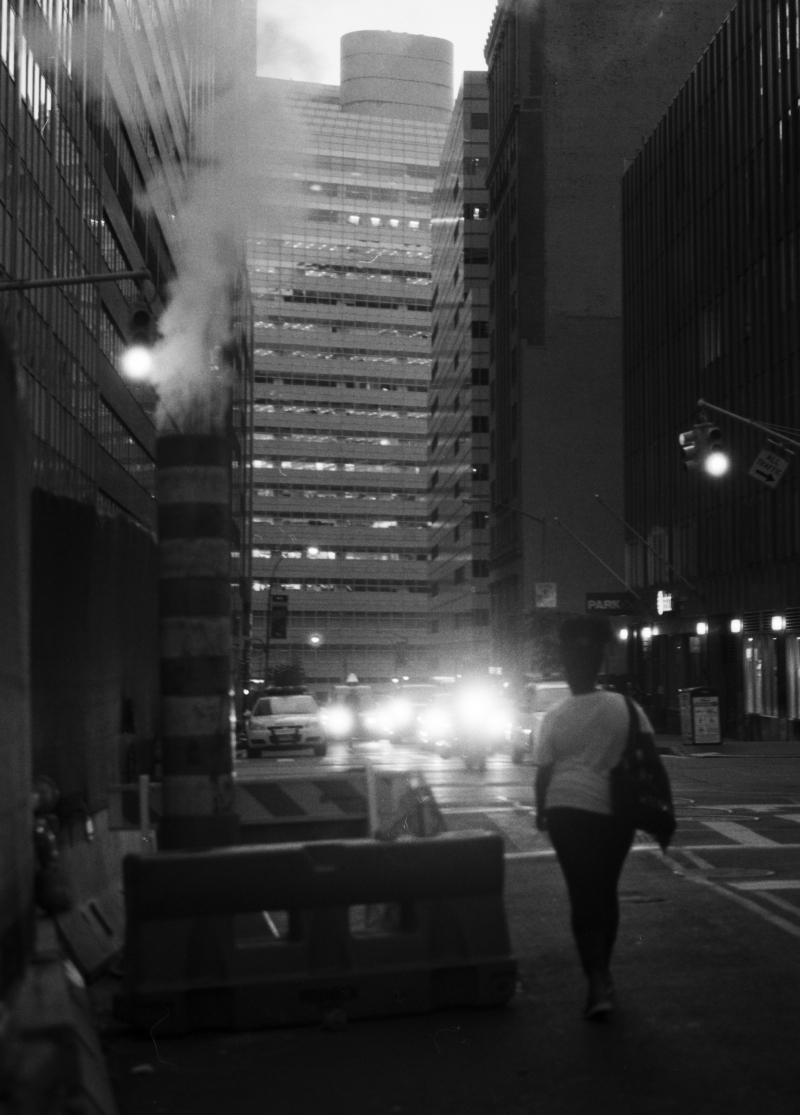 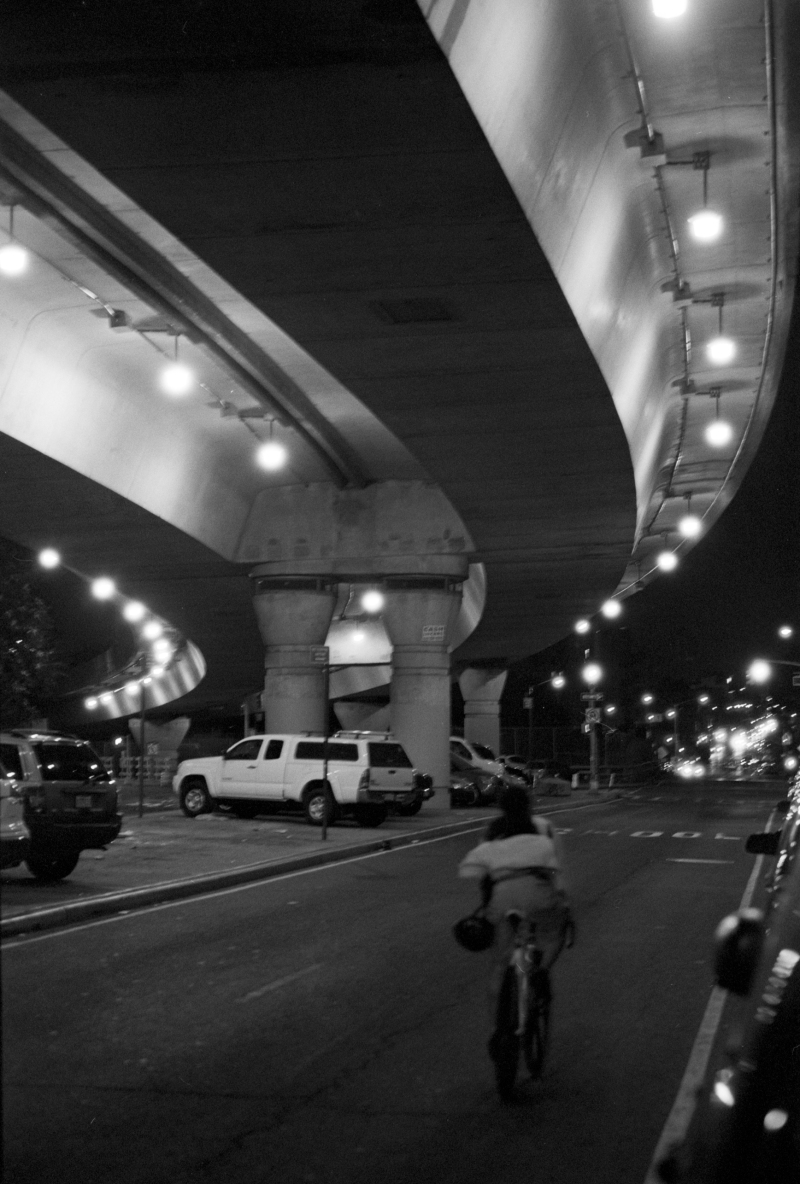 I went hiking in Colorado with some friends in June. We had a ball :-). 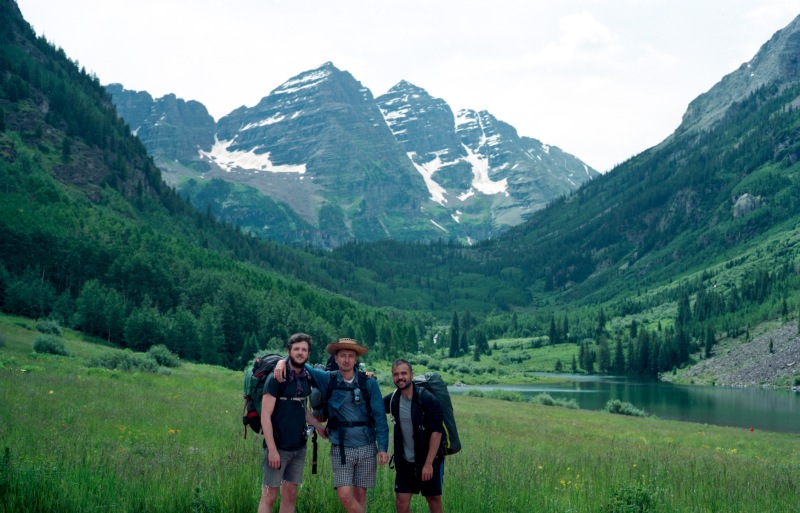 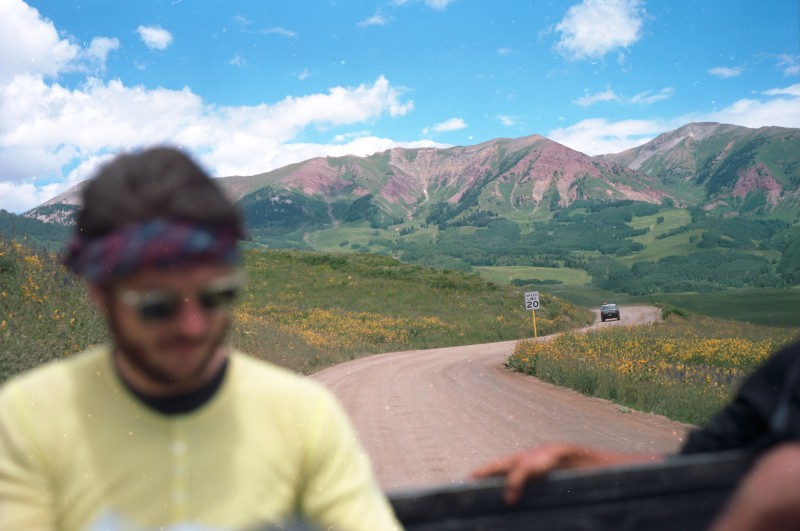 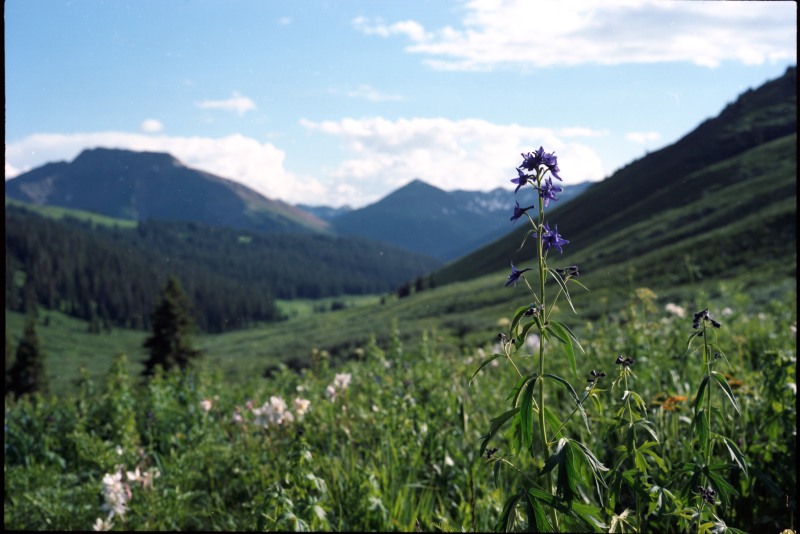 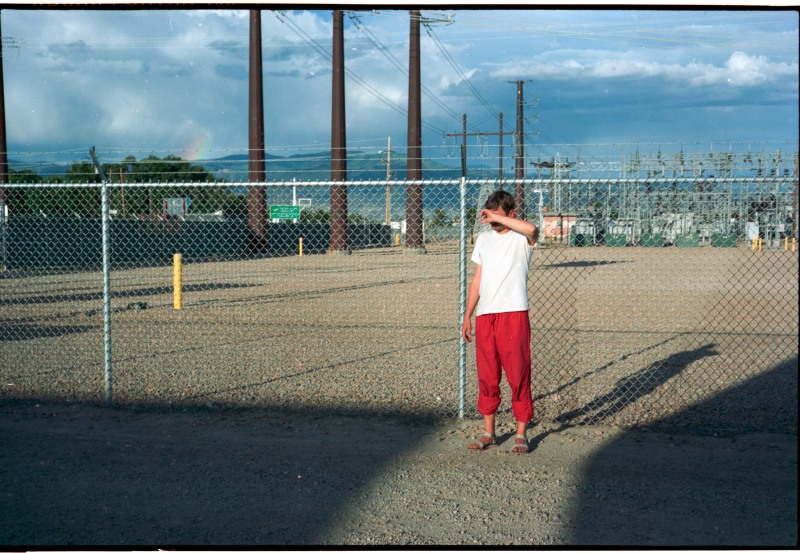 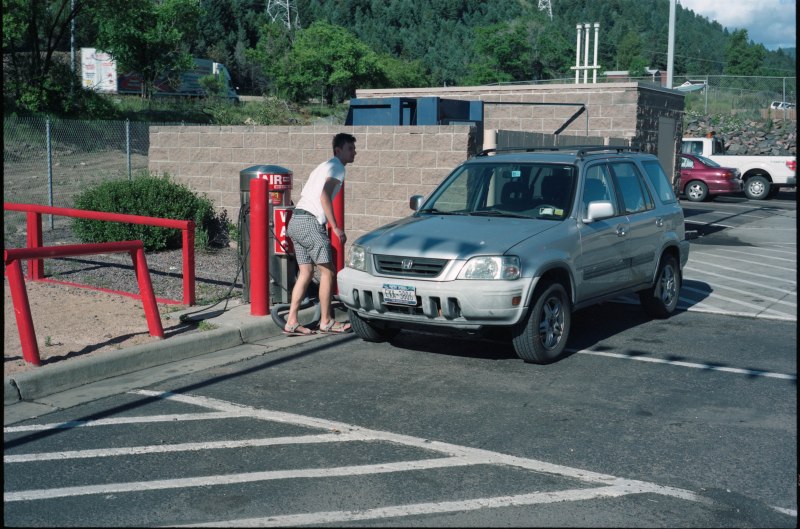 I take the 6 train home every night from the 28th street station.

Union Square is the main transfer station. All of the lines come together. It’s hot and muggy. Usually heat rises. But the reverse is the case in the subway, the lower you go, the sweatier it gets.
Out of the corner of my eye were red sequins. A man in a wheelchair had a plaid suit on, bright red pants, a red sequin bow-tie and matching sequin shoes. Friends… I’d struck gold.

But he was moving quick and my Rolleiflex doesn’t focus fast. It took me a moment even to walk as fast as he was pushing the wheels on his wheelchair.

I noticed he was taking the elevator down to the NQR Uptown line. So I went down the stairs and waited upon his arrival. 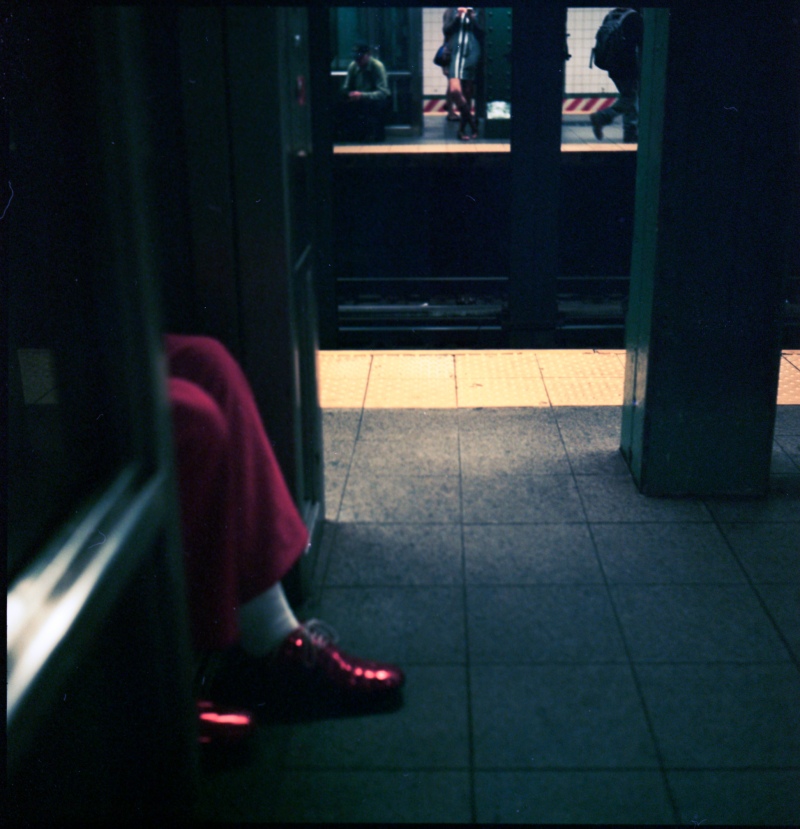 And off he went, down the length of the platform. I followed behind, all the while visualizing a nice portrait shot of him and his getup, with a speeding train behind.

But my ideas never came true. He kept moving, even after the train came to a fullstop. He boarded and parked in front of the doorway, facing out the door window. Not much room for me to squeeze in between the bars…

He’s too close and within my minimum focusing distance. I can’t backup anymore. Oh well… we’ve now ridden to Times Square and he’s about to get off. I’ll pull the trigger.

What next? Why not incorporate the elevator again? It’s the only time when he’s still enough to shoot.

Well, I found the elevator and raced up the stairs, well ahead of him. I thought of standing right in front of the doors and shooting him as a surprise. But I didn’t like the idea. I didn’t want the confrontation.

I noticed a path leading from the elevator to the main tunnel. So I knew where he’d be passing. I got low and waited.

And off he went. I trailed a little behind to see if he’d slow down enough for another shot. He never did, but I felt satisfied. I got on another train and went home.

I didn’t always travel out of state (or out of the city). I also took some shots around town. (Fuji GL690)

This little series is to celebrate my travels this summer.

Starting off with a trip to Rockaway Beach a couple weekends ago: 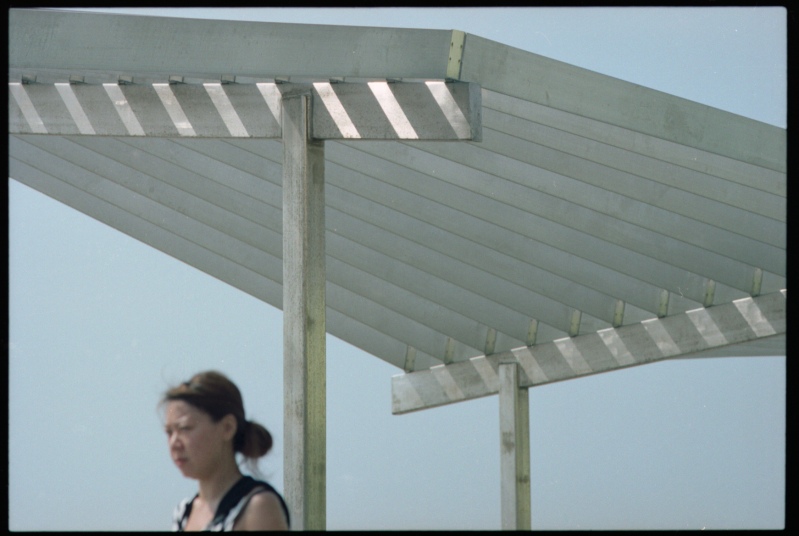